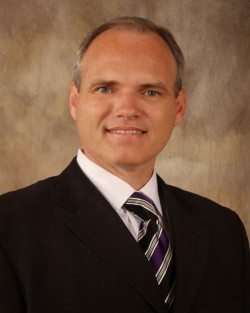 Roger Duncan II is the Administrative Pastor at the First Free Will Baptist Church. He began his ministry at the church in 1998 as the Church Administrator and answered the call to preach on December 1, 2002.  He assists with preaching and visitation as needed, and he serves as the School Administrator at Seffner Christian Academy.

He attended Clearwater Christian College and graduated in 1992 with a Bachelor’s degree in History Education. Roger also earned his Master’s degree in Educational Leadership from Nova Southeastern University in 2000.

He is married to the former Ms. Jody Munro, and they have two sons – Connor Lee, born in 2000, and Brock Matthew, born in 2010. Bro. Roger and his family reside in Seffner, FL.