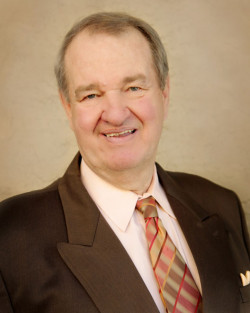 Pastor Roger Duncan served as the Senior Pastor of First Free Will Baptist Church in Tampa from September 1974 until September 2011. During his 37 years of faithful service, the church enjoyed tremendous blessing and growth. Bro. Roger led the congregation in the purchase of, and relocation to, the property where we now reside in Seffner.

During his time as Senior Pastor, the membership grew from approximately 200 members to 600 members. Our church’s school, Seffner Christian Academy, and our annual Camp meeting were ministries that were begun under his leadership as well. Pastor Roger is recognized for being an old-fashioned preacher that preaches the truth with God’s anointing.  He is best known for his commitment, humility and love for the Lord and his people.

In April 2011, Bro. Roger announced his retirement as Senior Pastor and assumed the role of Pastor Emeritus in September of 2011. He will continue to preach in revivals and Camp meetings throughout the southeastern United States, while taking time to relax and vacation with family and friends.

He married the former Ms. Diane Page in 1968.  Sis. Diane has played a significant role in Bro. Roger’s success as a pastor. Her faithfulness and love in caring for him as his health declined are primary reasons he was able to “stay in the battle” for all these years. They have two children – Roger Duncan II (wife Jody) and Angie Frazier (husband Brett) – and six grandchildren – Connor, Olivia, Beau, Drew, Luke and Brock. Pastor Roger and Sis. Diane reside in Seffner, FL.

Home | About Us | Staff | Roger Duncan